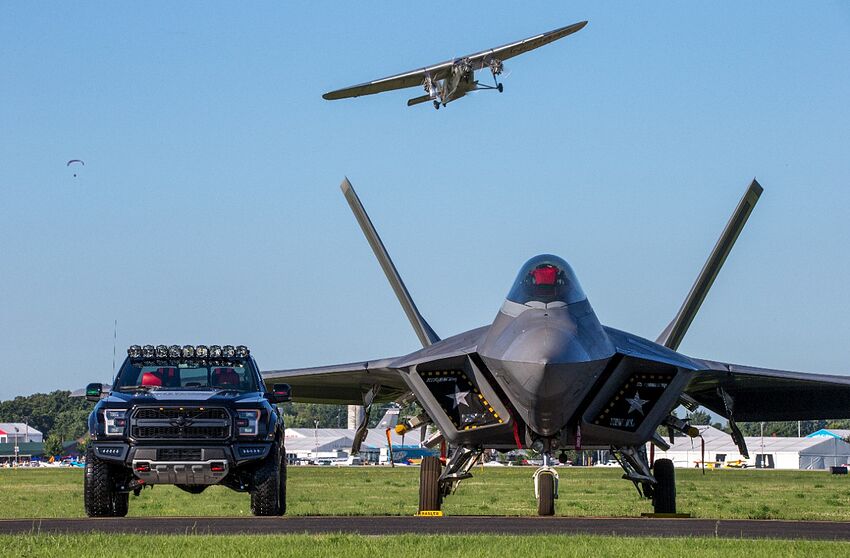 Ford is celebrating 100 years of making pickup trucks this year and that could very well be the reason why it chose the Ford F-150 Raptor pickup as the canvas to build its aircraft-inspired vehicle for this year’s EAA AirVenture event. Say hello, to the Ford F-22 Raptor F-150 and don’t get too attached to it. Because somebody has already written a check for it with $300,000 written on the leaf.

Every year, Ford turns up at the Experimental Aircraft Association AirVenture event with a one-off machine that’s inspired by aircraft design and technology. Usually, the carmaker turns to the Ford Mustang as the donor car. This time, it picked the F-150 Raptor pickup truck and no surprises at all to see the outcome drawing heavily from the truck’s namesake in the Air Force – the F-22 Raptor fighter jet.

The Lockheed Martin F-22 Raptor is perhaps the most identifiable and popular aircraft in the USAF’s fleet. Thanks to its futuristic design and dozens of onscreen appearances in movies, TV shows and comics, this advanced fighting machine is a poster boy for boys of all ages. It’s in fact one aircraft which many car designers turn to when it comes to seeking inspiration for their next bold concept drawing.

The Ford F-22 Raptor F-150 has got a major upgrade in mechanicals and output as well. How does a power hike of 95 hp and a torque increase of 150 lb-ft sound? 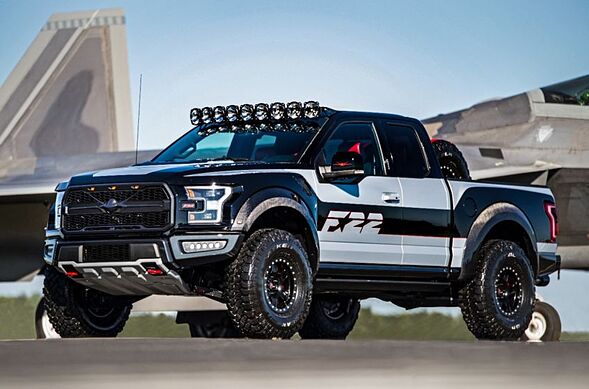 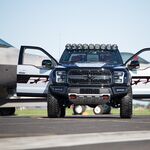 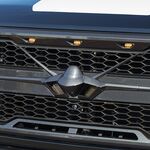 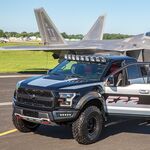 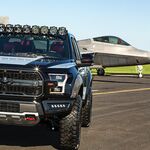 Melvin Betancourt, who helmed the design for the one-off Ford F-150 Raptor drew ample cues from the jet fighter while transforming the pickup into this love letter to the aircraft. Fighter jet colors, roof-mounted lights, all-new wheels, bespoke graphics, carbon-fiber fender flares, hood and fender vents and that unique grille treatment which features the F-22 Raptor motif, retractable sidesteps, new bedliner and kick-ass exhaust system – this truck is a head-turner for all the right reasons. Inside, there are the obvious F-22-inspired trim and updates, a powerful sound system to blow your canopy off and two-tone leather seats.

The proceeds from the auction of the Ford F-22 Raptor F-150, held at Wittman Regional Airport in Oshkosh, Wisconsin will go to fund the Young Eagles pilot training program.

And, here is the best part about it. This isn’t just another cosmetic updates-laden vehicle which retains the same mechanicals and output of the donor car. The Ford F-22 Raptor F-150 is more powerful and packs more torque than the standard F-150 Raptor. The 3 .5-liter twin-turbocharged EcoBoost V6 now hurls out 545 hp of power and 660 lb-ft of torque. The revisions in boost and a brand-new intercooler has brought forth a giant leap from the regular Raptor pickup’s 450 hp and 510 lb-ft. Winding up the mechanical overhaul on this Ford F-150 Raptor are the suspension setup revisions, new brakes and of course those giant wheels shod with bulkier rubber. 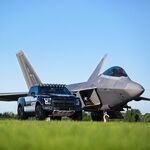 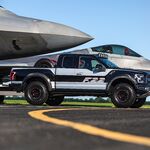 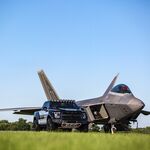 As mentioned elsewhere, try not to get too attached to this one-of-a-kind truck as it has already found a home with Gary Ackerman of Gaudin Ford in Las Vegas. Ackerman won the auction with a bid of $300,000 and as the Honorary Commander/Ambassador for the Air Force’s F-22 Squadron at Nellis Airforce Base in Nevada, the Ford F-22 Raptor F-150 is in good hands.

On another note, this F-22 Raptor truck may not hunt you down and strike down upon on you in the real world. But the Ford F-150 Police Responder will do that if you break the law.